Stepper is designed to be a natural evolution of Burp Suite’s Repeater tool, providing the ability to create sequences of steps and define regular expressions to extract values from responses which can then be used in subsequent steps.

A step utilising a variable and defining a new variable for use in later steps.

Previewing message with replacements to be utilised

Variables:
Variables can be defined for use within a sequence. Variables consist of an identifier and a regular expression, or in the case of initial variables defined in the Globals tab, an identifier and value. Step variables, defined with a regular expression, have their values set from the response of the step in which they are defined. The variable is then available for use within the request of subsequent steps after their definition. However, Global variables, defined with a literal initial value, can be used throughout the sequence.

Both step and global variables may be updated in later steps after their definition.

Variable Usage:
To use a variable in a request after it has been defined, either use the option in the context menu to copy the parameter to the clipboard, or manually insert it by including it as below: 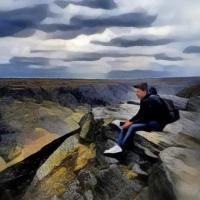